Escape Rooms vs Haunts- What to choose this Halloween Season?

Escape Rooms are designed to be thrilling experiences that involve teamwork and communication. Only those with a level head, common sense, and calm under pressure can make it. What better way to test those skills then with a life or death situation?

Describing an escape room almost sounds like describing the plot to a movie from the SAW franchise: you are locked in a room where you must solve puzzles to escape. Other horror movies with similar trapped or hostage plots reinforce the idea that escape rooms can be scary places. Indeed, horror helps increase the tension, suspense, and urgency. This is what people love about horror themed escape rooms: the stressful situation tests your skills just like you are in a real horror film. 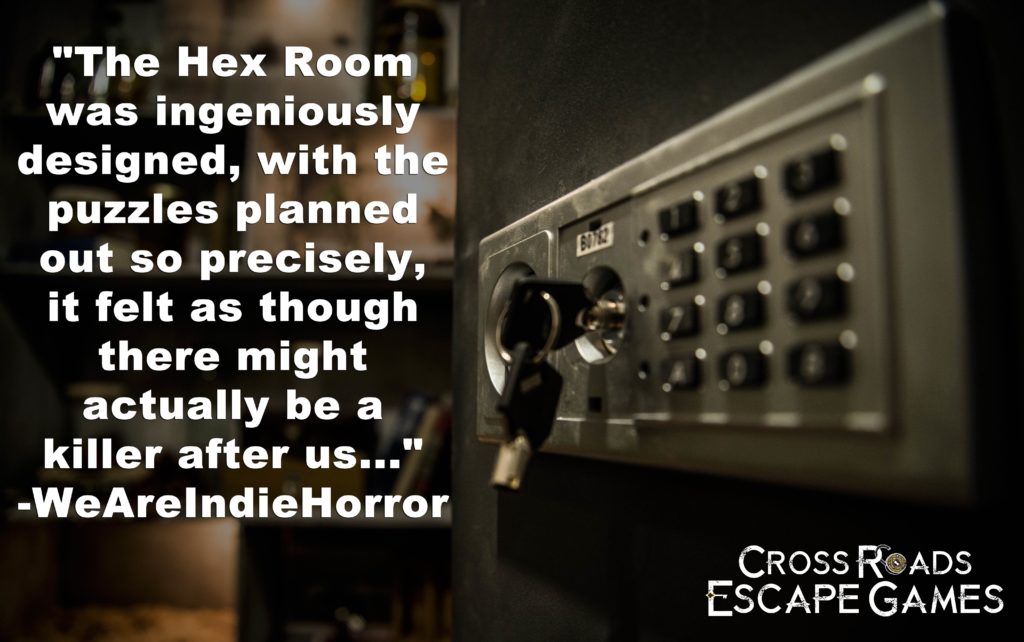 This Halloween season, you probably have a few haunts already planned, and although haunts are fun, escape rooms really take the intensity and realism to the next level. In a haunt, you are probably going to be in a train of people with masked monsters jumping out at you from the left and right. As fun as this is, it does get dull rather fast. Horror themed escape rooms put you right in the action. You are completely immersed; you can go wherever you want and touch whatever you want.

You can’t make choices and you can’t lose in a haunt. Horror escape rooms are a thrilling experience with a payoff in the end. Escape rooms give you a sense of accomplishment when you finish. Whether you win or lose, your team can look back at what you accomplished in the time allotted.

Our horror themed game, The Hex Room, puts you right in the center of your own horror film. First, you are cast as a stereotypical horror movie character: Jock, Prom Queen, Virgin, Nerd, Rebel, or Detective. From there you are placed in a room on your own. It is up to you to rejoin the rest of your teammates or be left behind. Who will live? Who will die?

I highly recommend adding a horror escape room or two to your list this Halloween season. Make sure to book your Hex Room game early, we will sell out!