Predicting Your Players in Non-Linear Games: Part One

Non-linear games have several possible puzzle paths from the very beginning and players can choose between any of them. However, you will notice that players tend to choose certain puzzle paths more than others. Why? The answer can be a number of things from prop design, clue placement, lighting, etc. Figuring out what is drawing your players to certain puzzles is key to being able to create predictable outcomes. 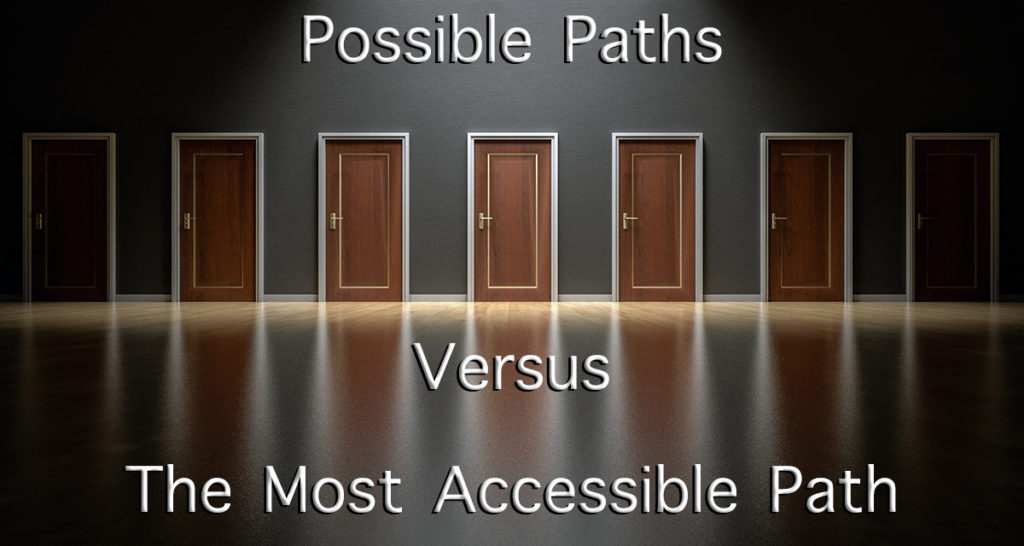 For instance, if the players enter a dark room with a light shining down on a bright red phone located on a desk in the center of the room and all other locks are obscured by shadows, then you can be fairly certain that one of the first things (if not the very first thing) that the players will investigate will be the phone. The moment the player picks up the phone, an ominous voice whispers, “follow the stars” and the lights come on. Now the players can see three visible locks and, unknown to the players, there are three hidden puzzles as well that can be discovered by searching the room. Since a ton of new info was just introduced, you can be fairly certain that the players will now divide and investigate the room separately or in small groups.

In this fictional situation, we started by drawing attention to the phone, which would give them their first clue and turn the lights on. Because of the clue they received on the phone, they are most likely to be drawn towards anything with a star on it. The players are not limited in what they can do and there are other puzzles that can be solved, but by setting up the situation like this, we can be fairly certain that the players will act a certain way without destroying the feeling of the game being non-linear.

The “Lone Wolf” players may still work on different puzzles by themselves and the rebels will purposefully ignore direct information given to them, but the majority of the players will try and hunt down information pertaining to the clue they were given: “follow the stars.”

From an outsider’s perspective it looks like the players have been “set up,” but because options were never taken from them, the player will feel like every choice they make is their own. And the choice of what to do should always be in the players hands, but it is a game designer’s job to try and predict what a player will do so that we can add more to the experience.

In part two we will discuss how to expect the unexpected and how beta tests can help limit the number of unexpected behaviors in the room. To keep your finger on the pulse of this topic, follow us on twitter, Facebook, and Instagram.