What is Immersion? What Is Next For Immersive Experiences?

This past Saturday, Oct. 28th, I had the honor of being a panelist at Stan Lee’s Los Angeles Comic Con on the ‘Future Fandom Immersion’ talk. This panel was super informative and if you missed it, I would love to share some of the things I took away from it. 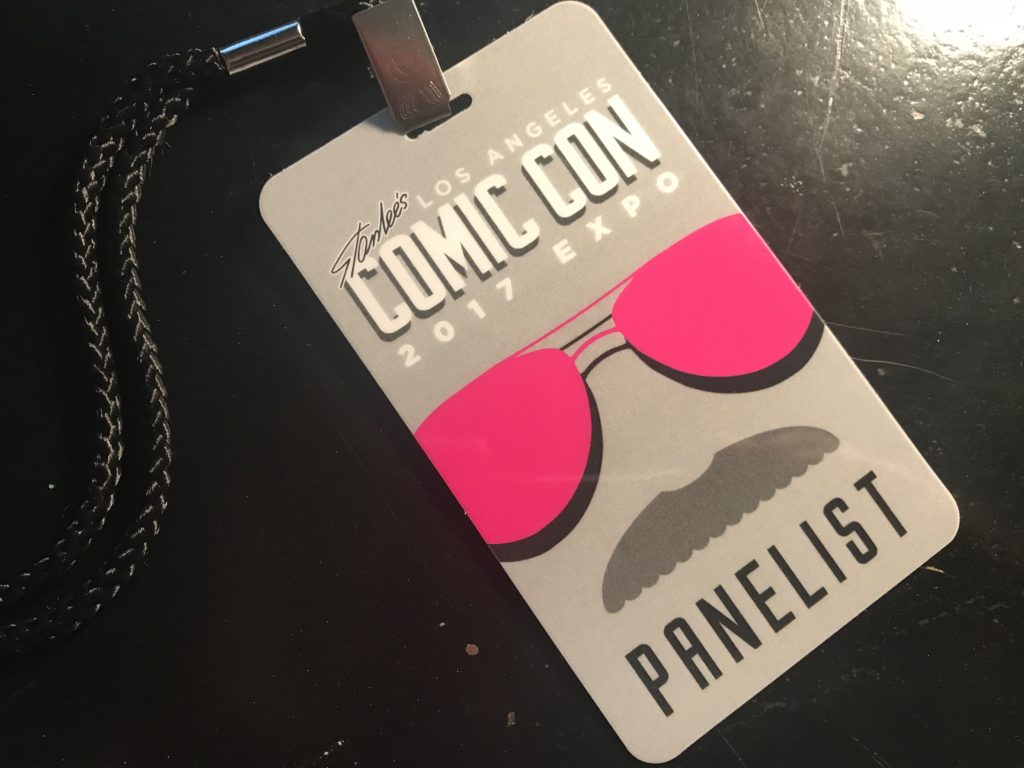 A lot was discussed on this panel, but for this blog, I want to focus on the parts about immersion and my opinions on the subject.

The panel opened with each of us giving our definition of ‘immersion’. I answered with the theatrical example of the forth wall. In theatre, the forth wall is the invisible barrier between actors and audience, normally the space just past the proscenium. I believe that immersion is when the fourth wall becomes unclear or unapparent. The clear divide between actor and audience disappears and the boundaries no longer exist.

My fellow panelists had a different take. Some said it was when a story or movie was so captivating you forgot about the real world and were sucked in this new one. Others said it was when you were surrounded by a new scenic world, like what you would experience inside a ride or inside one of the themed lands in a theme park.

None of these answers are wrong. In fact the true definition of immersion is “a sate of being deeply engaged or involved; absorption,” which is exactly what we all said, but in our own words. Somehow though, these definitions didn’t seem right to me, or strong enough. Something was missing.

To me, immersion is more then just the illusion of disbelief through a story or space. It’s a feeling. It’s an action.

The conversation then turned to the role of the fans, what involvement they have, and our responsibility to them. It was majorly decided that with this new form of immersive entertainment it was our job to make the fans/guests become the star of his or her own movie. Examples were given such as Space Mountain or the new Guardians of the Galaxy ride.

This, again, is where I felt conflicted. Although what they are saying is not wrong, I still felt there was more to it. Sure you all save the day at the end of the Guardians of the Galaxy ride, but what exactly did you do? Nothing. You sat there and watched a video that referenced you a few times, but you didn’t actually do anything.

I recently experienced an ‘Extreme Haunt’ where the actors can touch you, but you cannot touch them. You have to do everything the actor says to do and you must remain silent. I had a really hard time being put in these intense situations and having to remain a passive participant. I had no control over what was happening to me. I literally had to stand there and take whatever abuse came my way. To remain calm I had to continue to remind myself that it wasn’t real and that the actors could not actually hurt me. This took me out of the experience and it was no longer immersive.

Immersive theatre can also have these same errors. I recently did an immersive theatre show that you were not allowed to talk in, but the actors could talk to you, take you on a different path, and have an intimate one-on-one moment. I didn’t like it. Again, I had no choice. Actors would talk to me and give me this heart felt story that made me want to run up and give them a hug, but I couldn’t. I couldn’t even talk to them. I had to just sit there and watch them go through this struggle while they reach out to me for help. The fourth wall was definitely blurred, but in the end I was just a moving audience member.

I understand that by putting an audience member in this passive situation makes them feel helpless. And maybe that is what they wanted to achieve. But I wanted more.

I can’t be the star of my own movie if I am a passive audience member. I need to be an active participant.

Next, the conversation turned to experiences that inspired us in the past and blew our mind. What popped into my head was Haunted Play’s Delusion.

Delusion is a theatrical experience in Los Angeles that was the first self-proclaimed immersive event. You and group of about 8-10 are lead throughout a real Victorian mansion in hopes to escape with your life, but each new room has its own risk and tasks. Someone needs to dance with a ghost to let us pass, another person is sent out on their own to collect a key, etc. Even though this experience is railroaded and there are no real choices, just the illusion of them, the play could not go on without an audience. This has been the best form of immersive entertainment that I have ever seen to this date.

Immersion is when a story cannot continue without its audience.

In the end I realized that I didn’t really know what immersion was because the idea of it kept changing the more we talked. No one person was right, but we also were not all wrong. I realized that if you took all the points that were made: a blurred division between actors and audience, turning passive audience members to active participants, and creating a world and story that can not continue without an audience, there is one thing that is true to all of them- Escape Rooms.

In an Escape Room the audience becomes the actors.

The Hex Room is more then just a game. It’s an experience. It’s a real life adventure. There are no actors in the room telling you what to do next or where you can or cannot go. Players are free to touch, move, and go wherever they want. The fourth wall is gone. The design of The Hex Room splits people into different rooms where they are physically separated from the rest of their team forcing them to be active participants, and not just stand around and watch as other people step in. In any escape room experience the story cannot continue without its audience. There are things that need to be done, worlds that need to be saved, and someone must step up to the challenge. Before The Hex Room begins, we cast you as stereotypical horror movie characters: Jock, rebel, prom queen, virgin, nerd, or Detective. Players get costume pieces and become the actors in their own real life horror film, with their own fate in their hands.

I believe escape rooms are just stepping stones for what is to come. There are big ideas that I am sure are already being developed that will take this level of immersion to the next step. After hearing from the minds behind escape rooms, Disney, Universal, Fox, and Marvel it’s clear to everyone that fans love immersive entertainment and we look forward to creating whatever that might mean.

What does immersion mean to you? Leave us a comment with your definition or let us know of your favorite immersive experience.