Changing The Game Part One:

One way that escape rooms have tried to change the game is by incorporating elements of immersive theatre to their rooms. Usually, this takes the form of an actor or actors that play certain roles within the room. By adding actors to your room, you can increase the immersion for players by giving them a living, breathing part of the game to interact with. The actors can be used to illicit a variety of emotional responses from the players, based on what theme the room is.

For instance, if you were designing a horror room you could implement a scare actor to pop out and frighten the players adding an aura of dread that will follow the players as they open each new room. On the flip side of that, you could always employ an actor to play a funny or silly character. A great example of this is The Great and Amazing Zoltar, the Seer of Secrets who resides in our Fun House.

Zoltar interacts with players by telling really bad “Dad jokes”, puns, and by being strange and bizarre. Zoltar serves a dual function: he adds to the wacky atmosphere of the game with his witty humor and narcissistic demands for compliments, while also serving as our game’s hint system. Regardless of how Zoltar is utilized by the players, simply being a live, interactive experience enriches the overall atmosphere of the room. 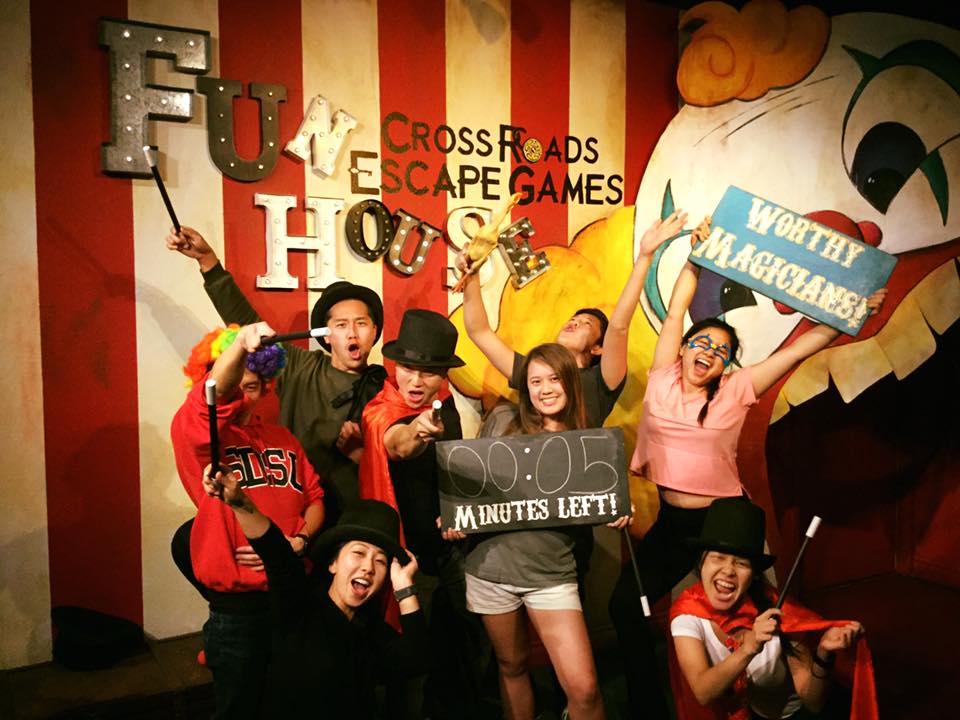 Instead of having a game master enter the room to give hints, he is always present and feels like an interactive agent for progress that works with the players. Often times we have players that spend the entire game joking and interacting with Zoltar, never once using him as a hint system. One player said it best when she commented that “the game would not feel the same without Zoltar. I couldn’t imagine playing through The Fun House without picking fun at him at least once.”

The key to a successful interactive Escape Room element is, you guessed it, immersion. When a player approaches Zoltar and tries their best to flatter and persuade him onto their side, it feels like it is part of the game. The players are not just standing around waiting for someone to show up and point something out, resulting in getting pulled out from the immersion. Instead, they are playing a sort of minigame with Zoltar where their reward is a riddle, piece of elderly advice, or joke that points them in the right direction. They are immersed in the experience while receiving hints AND while completing the room.

Next time on “Changing the Game” with Jason, we discuss game play mechanics and obstacles with examples from our beloved Hex Room!