With so many escape rooms opening up each year, one of the most important traits a new game needs in order to stand out is unique gameplay mechanics. Most escape rooms follow a pretty standard formula when creating their experience. Basically, your group will be locked in a room together with puzzles and clues hidden throughout the room. You must solve puzzles to unlock puzzles and then solve those puzzles. Once you have solved enough puzzles your group finds a way to escape the room.

That formula is tried and true and can produce very effective experiences. However, if you follow this formula, then your room will compete for space in the memories of your players; especially if you share a theme with other rooms. In essence, the more qualities your room shares with other rooms, the more likely it is to be forgotten in the sea of experiences.

This is why Luke and Madison Rhoades set out to create an escape room that did things differently than any other escape room at the time. The Hex Room, Cross Roads’ first escape room experience, altered the formula to put each and every player in the hot seat at the same time. Rather than allowing your team mates to carry you through the horror experience, the Hex Room requires that each and every player contribute to the game or risk causing the untimely deaths of their entire team.

In the Hex Room, each player takes a personality test before the game to determine which stereotypical horror movie character their personality best fits. Casting players into these archetypes serves two goals. One, it heightens immersion by making the players excited to see which character they got (complete with costumes of course). Two, it lets us know which room each player will be starting in. 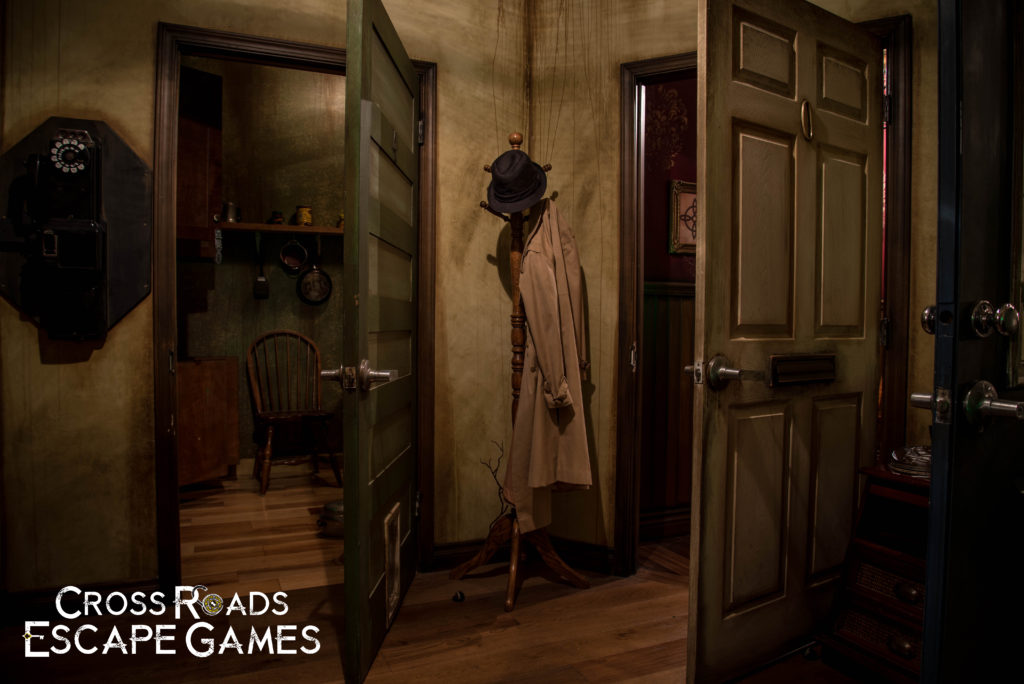 Each player will be divided between six different rooms and forced to find ways to communicate and pass clues between the rooms while being physically isolated from their team mates. This adds a challenging new obstacle to the game: the level of communication that is required to succeed was drastically increased. Gone were the days where a team member could point, grunt, and say “look at what I found.” Now the players were expected to not only find their clues, but adequately describe what they found to their team mates. On top of this, each player was now responsible for solving puzzles on their own.

Rather than the entire team focusing on one or two puzzles at a time before moving onto more puzzles, players were working on up to 6 puzzles at once all while screaming to their leader, the Detective, for help. Add in a large timer counting down, movie-quality set design, and suspenseful music, and you have a great recipe for a truly memorable experience.

Sprinkle on a hint system that can only be used when dispatch manages to patch into the detective’s office phone, and you have yourself a brand-new breed of escape room; a fully immersive escape room focused on the goal of creating completely different experiences within the room for each and every single player.

These sorts of innovations are what allows Cross Roads Escape Games to stand out amongst the rapid spread of the escape room hype. It has been several years since the Hex Room was opened and it has gone through many changes and revamps, but its beloved gameplay mechanics have allowed it to compete in the market even to today.

An Egg-stra Challenging Easter Event! We Need To Talk About Leaderboards