The Asylum is an exclusive 10-minute mini-game created as a teaser game for our up coming full-length game, The Psych Ward. The Asylum mini-game is a mobile game that we take with us to conventions to show new players how fun escape rooms are! 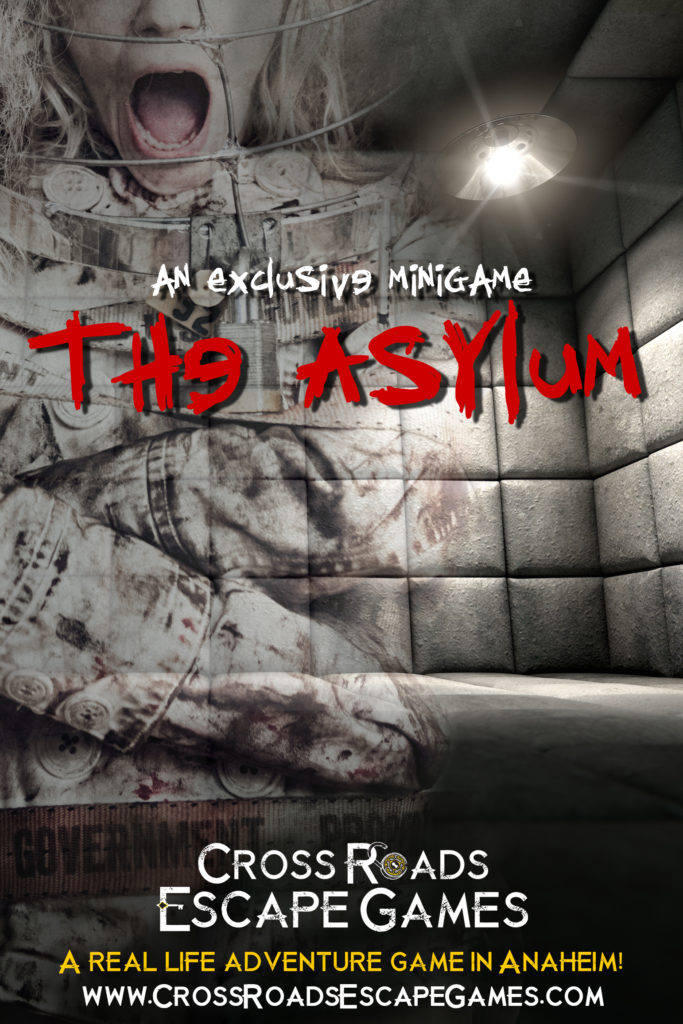 The Asylum is only 10 minutes long and for exactly 2 players. You and a partner are strapped together in a straitjacket, thrown in a small padded cell, and forced to work together. You are suffering from split personality disorder; 1 body, 2 heads. Two sinister looking nurses strap you together and lock your straitjacket with an assortment of locks. You must work together with your other half to unlock the locks on the jacket so you can get to the key and escape.

It’s a huge hit at the conventions we have brought it to such as Midsummer Scream and ScareLA. It also has an exclusivity to it that we like, because it only holds 2 people at a time and is only made available a few times a year.

Players love this game because it forces them to work with their partner every (literal) step of the way. It’s also fun to unlock locks that are on yourself instead of on boxes or walls. The cell is eerie and dirty with the sounds of screaming coming from another room.

It was created to get people excited for our new mental hospital themed game, The Psych Ward, which will be an hour-long game at our location in Anaheim, and is opening soon! Although there will be no straitjackets in The Psych Ward, it will be in a similar world… and may contain a padded cell. I can’t give away too much but I will say this game is unlike any other escape room you have played. 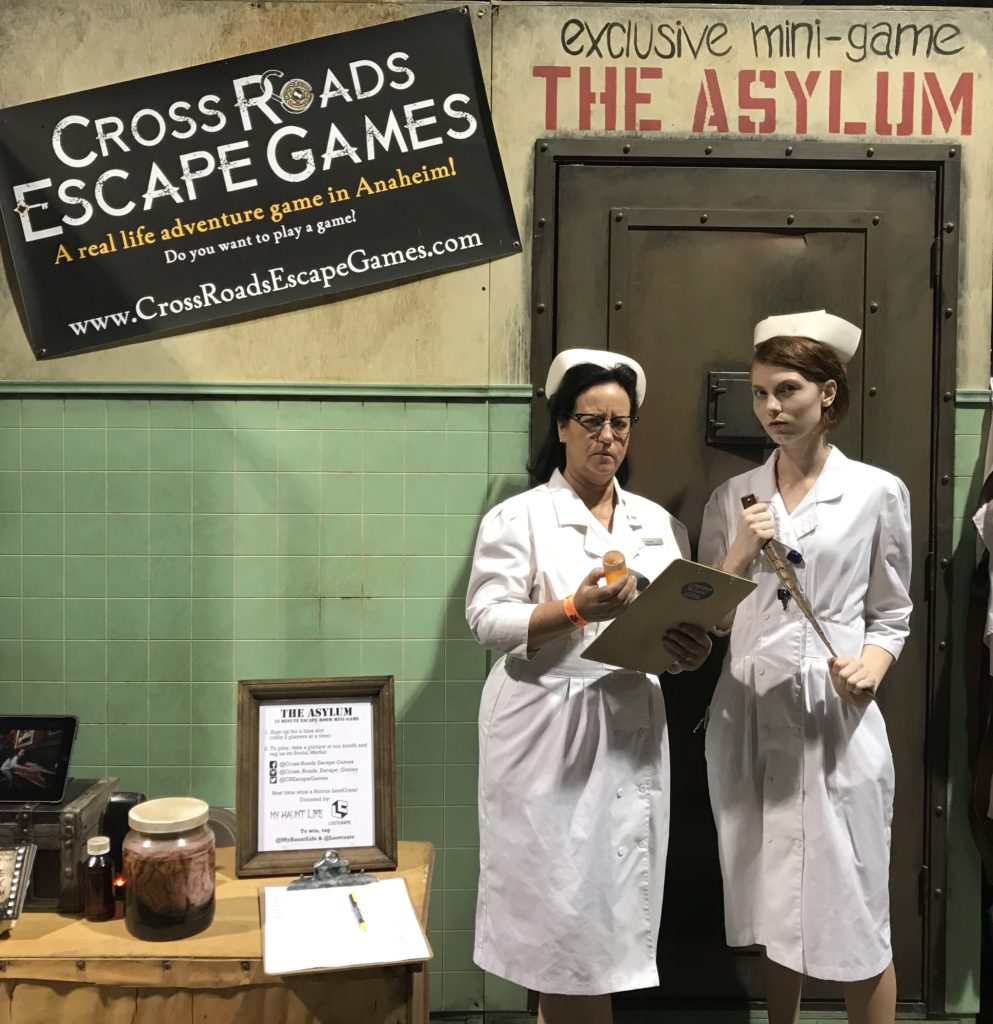 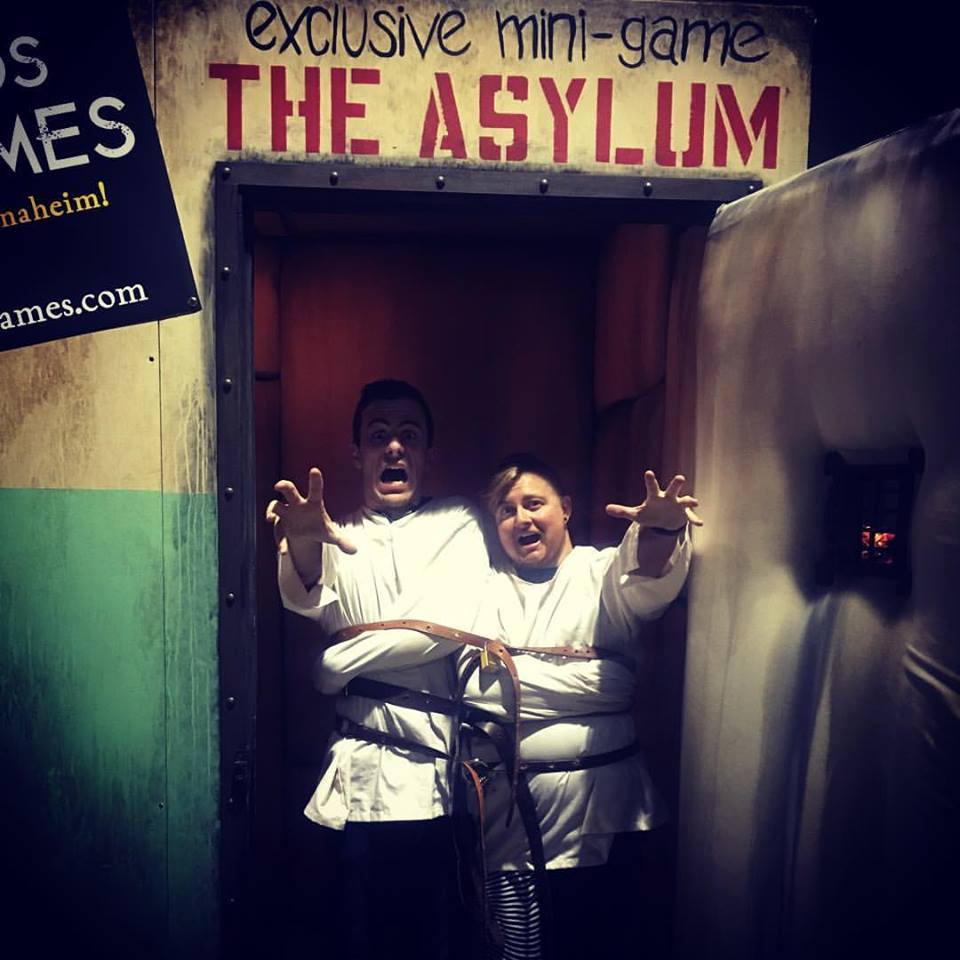 What Makes The Hex Room So Unique?

Since The Hex Room opened back in January of 2016, it has received rave reviews from fans and critics who consistently claim it as their new favorite escape room. But what makes The Hex Room so unique and popular? Is it the room’s dedication to absolute immersion? Is it the set design perhaps? Though these aspects play a huge role in people’s experience, I believe that the number one reason for the Hex Room’s popularity is its unique style of game play.

Owner and creator of The Hex Room, Madison Rhoades, says, “My husband and I created The Hex Room because we wanted something new. We played about 50 escape rooms, and they were starting to all blend together. We wanted something that gave each player an individual experience and their own moment to shine, without having to battle over it with other players. We also wanted to create an escape room that was replayable. We love escape rooms so much, but once we played one we really enjoyed, it was impossible to replay it with new friends without already knowing all the answers. It was a huge challenge to create this unique design, but after a lot of testing, it all came together in the end!”

In a standard escape room, you and your team all start in a single room with clues to find and puzzles to solve. You are told to communicate and work as a team, but not everyone needs to participate. Sometimes there aren’t enough puzzles for the number of people in the room. Sometimes people are shy and let the more assertive players take the lead. Either way, it is possible for parts of your team to do all the work while other parts of your team do very little. This is the biggest difference between the standard escape room, and the Hex Room.

In the Hex Room, each person is divided into separate rooms based on a personality quiz that is taken before entering the room. Each person is given costume pieces based on which stereotypical horror movie character their personalities best match; such as the Detective, Rebel, Jock, Nerd, Prom Queen, and Virgin. You are then led into the rooms one by one. Once divided, it becomes each player’s imperative to try and escape their individual room. Though the team is divided, everyone must still work together to escape. Each player must search their rooms for clues to help themselves and their team mates.

In the Hex Room, everyone must work as a team and effectively communicate between their individual rooms. They must be able to tell their team mates what they see and what they have; they must ask for and pass clues between their rooms; and they must actively participate throughout their experience if they are to have any chance of escaping alive.

When six players enter the Hex Room, they will leave with six completely different experiences; each of them feeling a sense of accomplishment for their contributions to their team. There are no passive observers in The Hex Room, only active players!

Once each player is inside their room, they are instructed to remove their blindfolds and are instantly immersed within their own horror film. Cross Roads is dedicated to making each player feel as though they have stepped out of their normal lives and into the extraordinary adventure. This engaging environment makes players want to participate and see more of what the room has to offer. I have, on several occasions, had a player admit to me that they normally just stand around and let their team mates do all the work, but in the Hex Room they felt so completely immersed and engaged in the experience that the thought of standing around never even occurred to them. This is the magic of the Hex Room.

As mentioned before, The Hex Room is also the only replayable escape room in SoCal. Because each player has such an individualized experience, you can come back and play again as a different character and enjoy the game all over again with new friends or family members. We have had multiple guests play up to 6 times because they wanted to experience every room.

The Hex Room has a stressful and demanding style of game play that requires each member of the team to push themselves to escape. When this is combined with our movie quality set design and immersive ambiance, players are compelled to suspend their belief for an hour and experience what it feels like to step into the shoes of a horror film character. This completely unique style of escape game is exactly why the Hex Room has become the #1 escape room in both Orange County and Los Angeles.

If you are a fan, or even if you have not played yet, make sure to check out our pinned post on our Facebook page for a chance to win 2 free tickets and an awesome box of horror swag by tagging who you and your friends would play as in The Hex Room! Contest ends September 4th.