As is common with any sort of hobby or occupation, escape rooms have a common set of words that help staff and players communicate with each other.  Though you can look up these definitions in a dictionary, some of them take on a more nuanced meaning within the realms of escape games. Here’s a handy reference guide if you are just starting out so you can also be hip with the lingo, as they say.

ACTOR: A performer within the game used as a living element for further immersion, atmosphere, or even interactive puzzle. Similar to a Game Masterbut are a specific character within the game.

BRUTE FORCE: Most often refers to the process of guessing the last bit of missing information from a puzzle, either by process of elimination or trying every remaining option. Similar to hacking but involves guessing only part of a puzzle.

CLUE:Parts of a puzzle needed to correctly find an answer.

ESCAPE ROOM: A game with a time limit in which one must find clues and solve puzzles to reach a goal (often, escaping a room).

FORCE:More strength than one would normally use to open a simple drawer, door, or book. More than two fingers’ worth of effort to move something. Ripping, prying, pulling, or dismantling.

GAME MASTER:The person or persons monitoring a game to ensure safety, enforce rules, offer hints, and reset games. Can sometimes be physically within a game, but most often is outside of the game.

HACKING: The process of guessing every possible combination on a lock instead of trying to solve the puzzle. Can also refer to unlocking a lock by feeling the tumblers catch. More often than not throws off the flow of the game and confuses players.

HINT: Some advice or clarification used to nudge players in the correct direction. Often given by a Game Master, hints are not normally included as part of a puzzle but are supplemental to the puzzle if needed by the players. 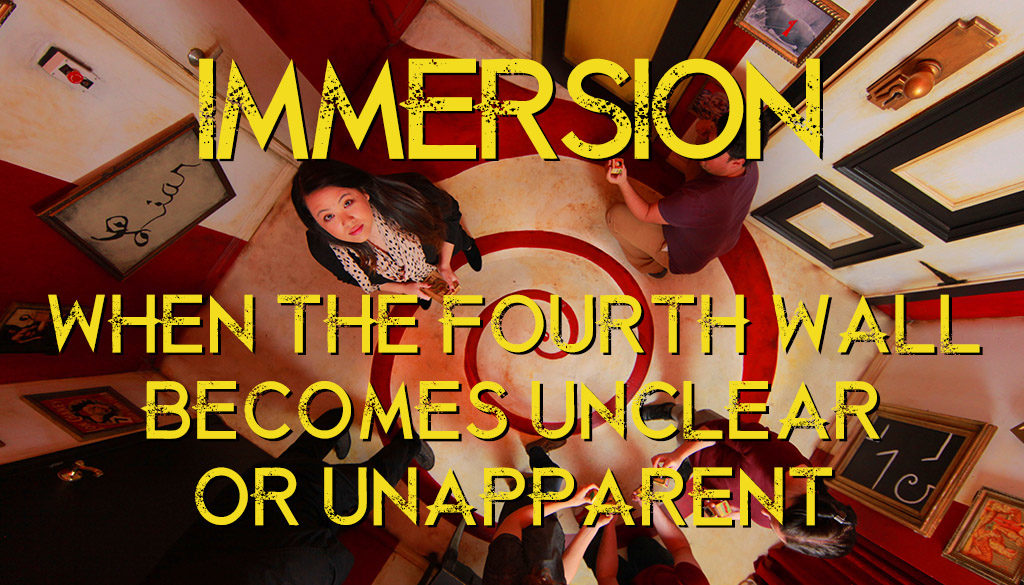 IMMERSION: When the fourth wall becomes unclear or unapparent. The degree to which an escape room can make you believe you are in and part of the world in which the game takes place.

JUMP TO CONCLUSIONS: To make a hasty judgement before considering all the facts.

LINEAR:Refers to a game design or series of puzzles that lead directly from one to the next.

LOCK: One of a variety of fastenings that requires a key or combination to open. Can also be used as slang to describe how many (visible) puzzles are in a game. For example, “We still have three locks left in this room!”

NON-LINEAR:Refers to a game or series of puzzles that don’t lead directly from one to the next.

PUZZLE: A problem or lock that can be solved using a set of clues.

RED HERRING: A puzzle or element within a game designed only to throw players off.

RIDDLE: A mystifying, misleading, or puzzling question posed as a problem to be solved. Often includes a play on words.

RULES: Set guidelines that must be followed by participants the entire duration of the game. These are not to be broken.

SET DRESSING: Elements within the game designed to make the environment more realistic, believable, and immersive.

4 or 5-Letter: Short hand for a lock that requires a 4- or 5-letter combination to unlock, often but not always a word.

Call Out: Reaching outside of the game for assistance from the game master, often for hints.

This is by no means a complete list of the terminology used every day in escape rooms, but if you are new or need help describing something to a new escape room enthusiast, this list is a great place to start.

Have any definitions you think we should add to our dictionary? Leave us a comment on our blog! And don’t forget to follow us on Facebook for the most up-to-date news on our games!