On Sunday, April 10th, 2022, we will have 6 games open for public bookings. If you have always wanted to play The Hex Room or The Trust Experiment (formally known as The Psych Ward) but struggled to get a group of 5 together, this is your chance!

Tickets must be reserved in advance. To book, please click HERE and select April 10th.

If you purchase a ticket during any of the above times on April 10th, you will play with strangers. This is a great chance to meet new people and build an escape room team!

DISCLAIMER: Both The Hex Room and The Trust Experiment still require at least 5 players for these games to function. If at least 5 tickets are not purchased for a time slot, the game may be canceled. In that event, you will be notified 1 hour before the game and be issued a full refund for your ticket for that game. Our other standard cancellation and refund policies still apply.

The 6 Types of People Every Great Escape Room Team Needs

Every escape room has a varying skill set that is needed to complete each mission. When gathering your team, make sure to get a diversity of creative thinkers so you have all your bases covered. Here is our list of the 6 types of people every great escape room team needs! Which one are you?

O’ Captain my captain! Every good group needs a fearless leader! Someone to help settle time wasting disputes and support their team mates when they need an extra set of hands. The Leader is usually elected into the role, either consciously or by habit, and others react and respond to the Leaders suggestions with little to no argument. The Leader doesn’t stick to any one puzzle though and can often be seen running about the room checking in with the rest of the team. 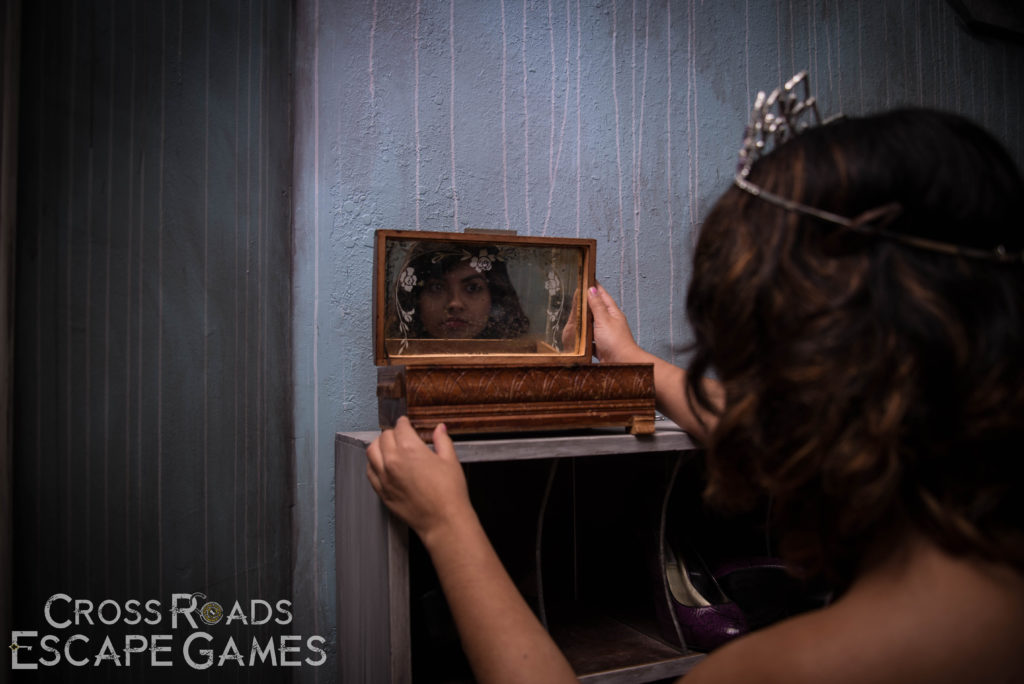 This is the person you call when you lose the T.V. remote and need help finding it. This person is the one that pops up every three seconds while in the room and shouts “I found something!” The Finder is usually the one who finds most of the clues and puzzles and helps to figure out what things goes with what. They are also normally the keeper of keys and the knower of clues. They will sometimes also act as a courier running their new clues back and forth between team mates to trying to figure out if it can help solve any active clues. 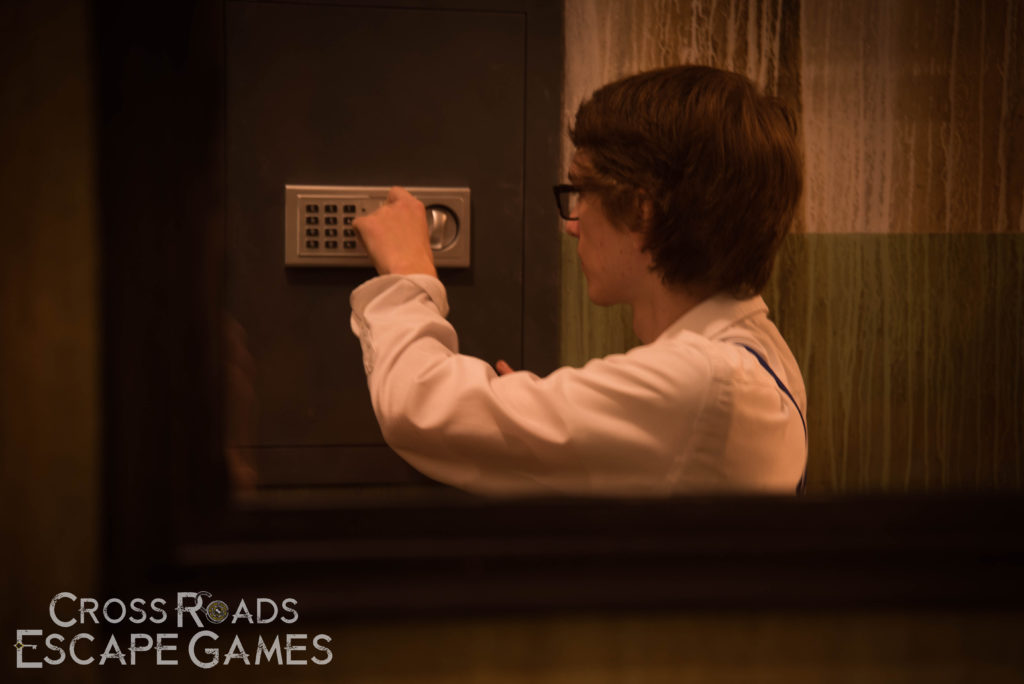 The brains of the group. Usually this player is a natural puzzler. Often, they are referred to as the smart one and they derive the most enjoyment from being the one to crack the puzzle’s code! However, Thinkers do tend to have a really bad habit; The Thinker likes to focus on one puzzle until it is solved and hates it when they need to leave a puzzle half solved to try and solve a different puzzle. In extreme cases, this can lead to the Thinker being that one player who spends half the game in a corner by themselves working on a single puzzle. 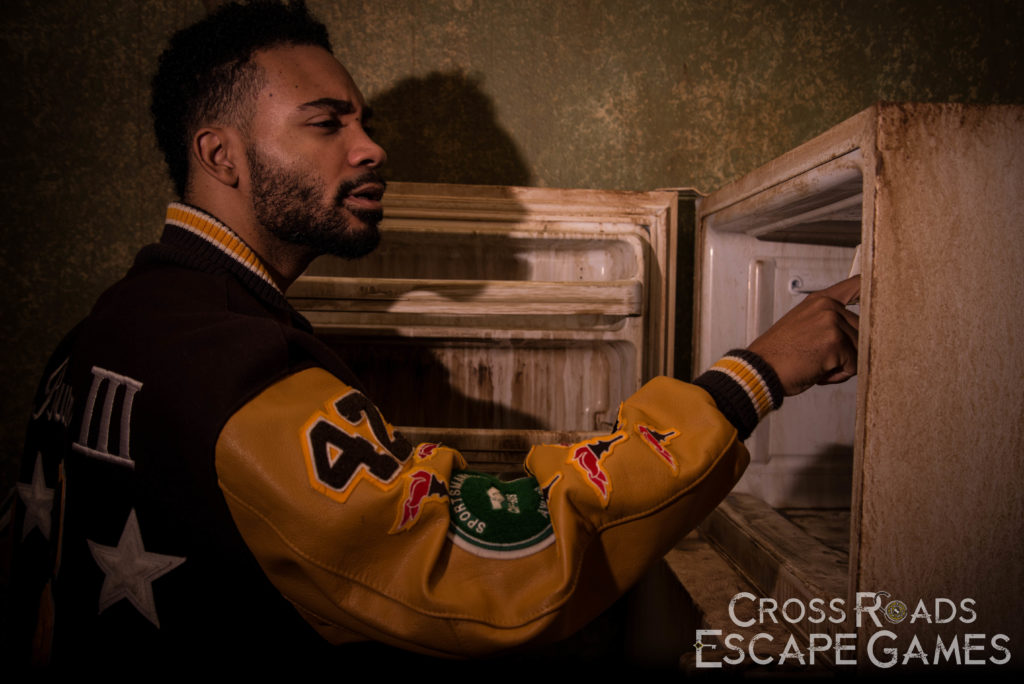 Do you have to look through several volumes of an encyclopedia? No problem! Bag full of puzzle pieces? No problem! Other process of elimination puzzles? No problem! This tireless worker doesn’t get frustrated by meticulous tasks and can finish up the busy work on puzzles that have already been “solved” while their team mates move on to other tasks! 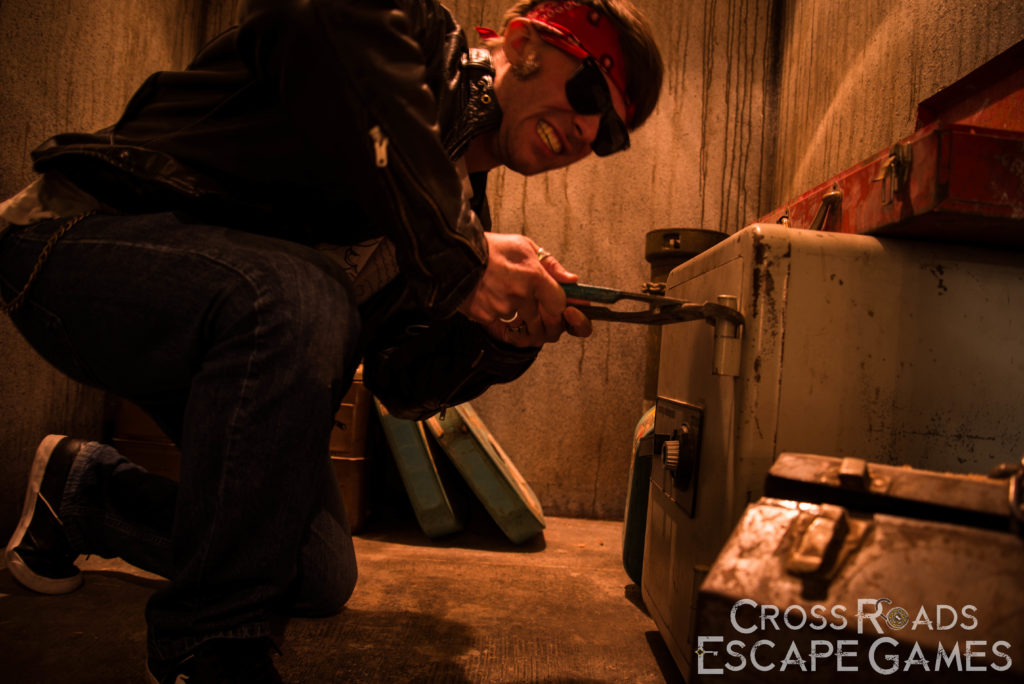 Oh Leaper… What can we say about the Leaper other than this: every group has one and every group needs one. The Leaper is that one person on the team that chooses to ignore clues and make huge leaps in logic when trying to find a solution to a problem. The Leaper embodies the age old saying that “there is no such thing as a dumb idea.” They will leap to strange and confusing conclusions that often end up being wrong. However, whenever the thinker gets stumped, it becomes the leapers job to attempt to find new out-of-the-box ideas for the Challenger to work with. When the clock is ticking down and everyone else starts panicking, the leaper is always there with another solution.

The Challenger works in tandem with the Thinker and the Leaper and acts as a grounding force for their brainstorming. Simply put, the challenger challenges the solutions put forth by the Thinker and the Leaper to help them come up with solutions that actually makes sense. The Challenger’s role is not to shoot down ideas, but rather to prioritize ideas with highest chance of success. They are the ones saying things like “We can try that, but first let’s see if this works instead…” They also help the Leaper turn their crazy idea into a plausible one by working through the Leapers thought process and forcing them to think about certain ideas in greater depth. If the team is a factory that produces ideas, then the Challenger’s role is quality control.

You also may have some team mates that can take on multiple roles, but it is fun to figure out which habits fit your team mates and friends. Let us know what roles each of your team mates fill in the comment section below! Also, make sure to play The Hex Room and put your teamwork to the test!