What I Look For In An Escape Room: Geoff

For me, there are three things that make or break an escape room: Is it immersive, does it make sense, and is it original? At the time of this blog, I have nearly 20 different games under my belt; some games have blown my mind, and some have left me wanting more.

My top escape rooms have all had detailed environments with a clear theme. From the moment the game began (and sometimes even before I entered the building), I was immersed in a believably new environment and excited to partake in something out of the ordinary. I love escape rooms because they take you out of the real world for a while, and I expect the games I play to try and transport me to this new world.

Working in the industry for about three years and partaking in escape rooms before then, I’ve spent plenty of time in games where you are all-too-aware that you are in an office building. I applaud the games that are aware of their limitations and find clever ways to cover up their allotted location. I’ve been privy to the business side of escape rooms and know that sometimes building a room from the ground up or even painting walls is not an option. I’ve seen games find ways to either work around these limitations, or in some cases even embrace it. There’s one escape room I did where they were not able to drastically change their space, so instead they made up for it by turning out the lights and giving each player a handheld candle. I found this incredibly inventive as it made us as players pay less attention to the walls, helped to tell the story, and even became part of the experience. Finding ways to adapt or overcome your space can make or break your game.

For escape rooms that are able to have control over their entire space, immersion is paramount. I remember playing an escape room where the desk staff were part of the experience. They were in character from the time you entered the front door until the time you left the building, and even reacted to how your game played out. Without spoiling too much, once our team successfully completed the game, both the Game Masters had an interesting albeit subtle change in costume, making the outcome of our time traveling adventure reach beyond the walls of the escape room. 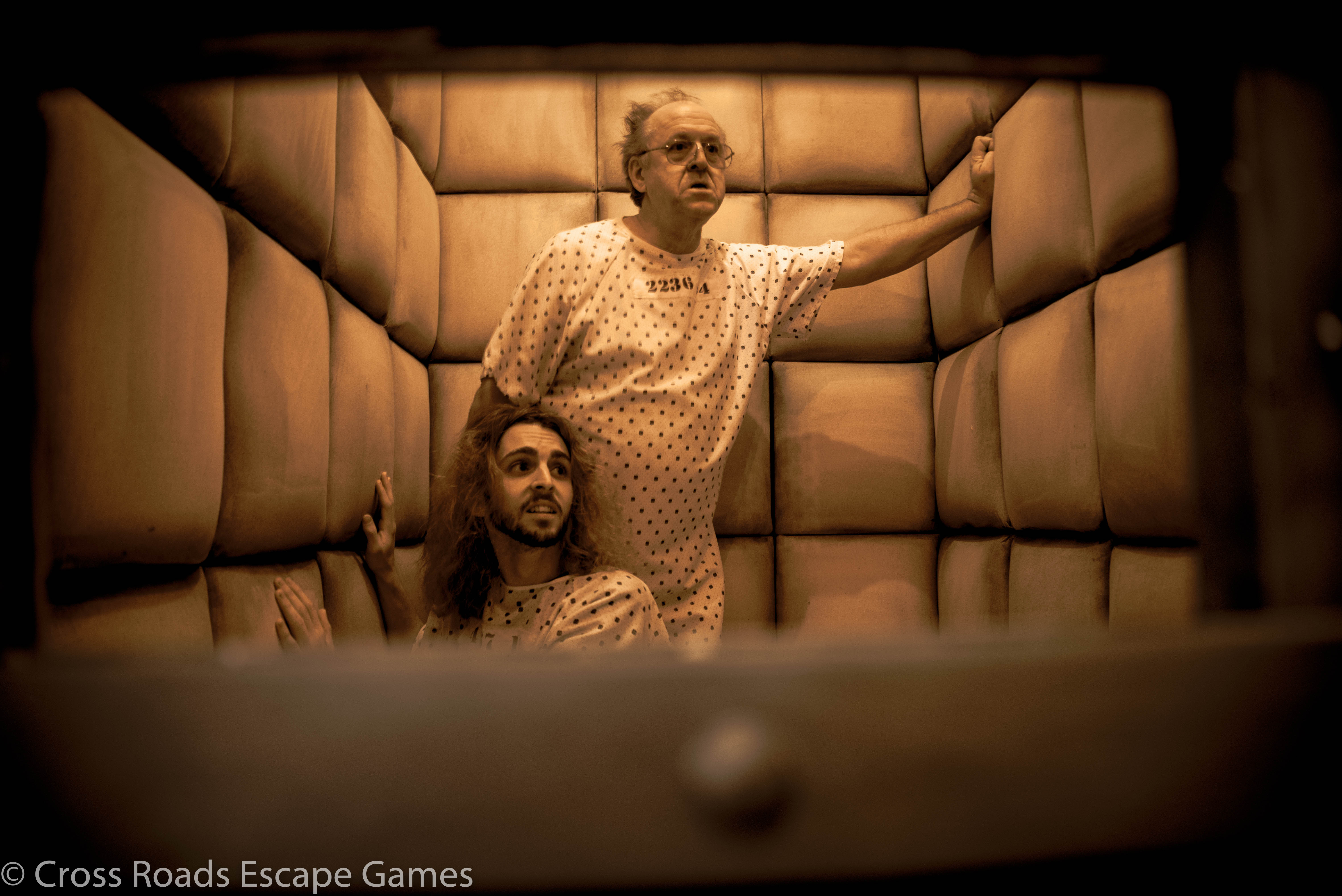 It’s also important for escape rooms to make sense. If the puzzles aren’t themed to the environment, it will easily pull players out of the game and feel more like a task than part of the fun. I played a game once that was hidden above a store. Everything in the game was handmade (including some very interesting puzzles), and you could feel the near-bohemian, old world, secret society theme from the time you met a cloaked woman holding a lantern outside of the shop. None of the puzzles were electronic, keeping with the old-world theme. Even the hints were hand-written on tea-stained pieces of paper passed under the door. And even in this low-tech, unsuspecting room, I came across some of the most memorable and enjoyable puzzles I’ve ever experienced.

On the flip side, I’ve also played a few games where it didn’t make sense to have some technology in the room. It’s hard to justify electronic puzzles in a pirate ship or modern televisions in an abandoned cottage. It’s important to purposefully integrate or disguise technology and puzzles to fit into your room.

Originality is another top priority for me. After playing dozens of games, some of them start to blur together. It’s important for a game to do something original to stand out. Cross Roads has some of the most original games I’ve ever played. The Hex Room and The Psych Ward push the boundaries of what escape rooms can be. They are memorable in design because you won’t get to experience another game quite like them. Whether it’s being physically separated in The Hex Room or adding extra layers of strategy and immersive theatre in The Psych Ward, these games are perfect for those who want to experience the next steps in escape rooms.

The Zen of Being a Clueless Clown Escape Room Life Lessons

Confessions of a Game Master: My Favorite Memory